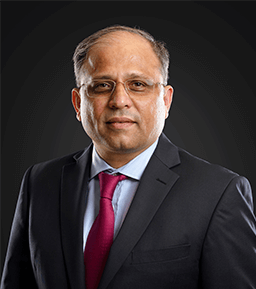 Mr. Aqeel Ahmed Nasir has rich professional experience spread over 29 years in diversified fields of Law, Corporate and Regulatory Affairs. He is currently serving as the Company Secretary & Chief Legal Counsel of United Bank Limited (UBL). At UBL, he oversees and supervises legal, corporate and regulatory matters, both for local as well as for overseas operations and subsidiaries/associates of UBL. Being part of the senior management of UBL, Mr. Nasir is a member of various Management Committees. He also spearheaded the legal team for the issuance of GDRs of UBL and their enlisting on the London Stock Exchange.

Before joining UBL in 2006, he has served various public and private sector reputed and large companies/corporations including Sui Southern Gas Company Limited (SSGC) where he served as Company Secretary and General Manager (Legal).

Mr. Nasir is a qualified Solicitor of Senior Courts of England & Wales and has a practicing certificate under Solicitor Act 1974, issued by Solicitor’s Regulation Authority (SRA). He also has a Master of Laws (LL.M.) degree from the University of London, England.
He serves on the Board of Directors of Kot Addu Power Co. Limited (KAPCO), Pakistan Institute of Corporate Governance (PICG), and United Executor and Trustee Limited (a wholly owned subsidiary of UBL).

Mr. Nasir also led the incorporation and startup of Pakistan Corporate Restructuring Company Limited. He was appointed as the Chairman of Steering Committee, constituted by the top five banks, to steer the pre-incorporation steps, including deliberations on business and financial models of the company, obtaining regulatory approvals and proposing the amendments in the applicable relevant legal and regulatory framework. This company is first of its kind in Pakistan to facilitate the banking sector in the recovery of NPLs and revive sick industrial units.