Zahid Latif Khan is the Chairman/ Independent Director of LSE Financial Services Limited. He is also the Chairman and non-executive Director of ISE Towers REIT Management Company Limited. He has already served as NED and Chairman of the Board of the Company during 2016-19 term. He is also the Chairman and Chief Executive Officer of M/s Zahid Latif Khan Securities (Private) Limited, a leading corporate brokerage house of Pakistan Stock Exchange having a wide branch network in Islamabad and adjoining areas. Besides running a corporate brokerage entity, Mr. Zahid also has the distinction of serving as Board member of other capital market institutions such as Islamabad Stock Exchange, Pakistan Mercantile Exchange Limited and NCEL Building Management Limited.

Zahid has played very effective role on the Boards of capital market institutions. He has been quite instrumental in the implementation of modern corporate governance standards and advancing the idea of corporate social responsibility. In addition to his regular contributions at the Board level for policy framing, Mr. Zahid has the distinction of playing a key role in the establishment of the Unified Trading Platform between Lahore & Islamabad Stock Exchanges, and operational launch of the Pakistan Mercantile Exchange, both of which are considered to be landmark initiatives in the capital market landscape of the country.

The most prominent and landmark initiative taken by him has resulted in the integration of securities market of Pakistan. He has played a very effective role towards the creation of Pakistan Stock Exchange which has emerged after the integration of stock exchanges of Karachi, Lahore and Islamabad. This measure has done away with the market fragmentation, and consequently, the concept of one country, one exchange and one price has flourished. In addition to his valuable contributions in the corporate sector, Mr. Zahid Latif Khan has also played a very dynamic role for the service of business/community. He has been the President of Rawalpindi Chamber of Commerce & Industries (RCCI) during the term 2017-18. He remained very instrumental in this capacity to help resolve the issues relating to the business community.

Zahid has a diversified experience of the stock brokerage business spanning over a period of twenty-five years. During his association with the securities industry, Mr. Zahid has achieved extensive hands-on familiarity with multifaceted operational aspects, such as Initial Public Offerings, Book Buildings, Risk Management Operations, Buy Back Pricing Models, Customer Account Relationships, Order Executions and Clearing & Settlement functions, etc. As the Chairman & CEO of his securities firm, Mr. Zahid has expanded the network of retail brokerage outlets which has resulted in remarkable growth in his firm’s business besides promoting the culture of stock investments amongst the smaller investors.

Zahid, having a sound academic back ground, also participated in various other domestic and international training programs, seminars and conferences. Mr. Zahid is also a graduate of National Security Workshop (NSW) organized by National Defense University for the leading parliamentarians, bureaucrats, armed forces officers and business leaders in Pakistan. He is a certified director by the Institute of Cost and Management Accountant of Pakistan (ICMA), a duly licensed body for the purpose by SECP in terms of Code of Corporate Governance. Besides the above, Mr. Zahid also takes time out for delivering lectures on stock market issues to various educational institutions, trade bodies and investors’ gatherings in Pakistan. Mr. Zahid travels extensively and has undertaken many study visits to the leading stock markets and financial institutions of the world. 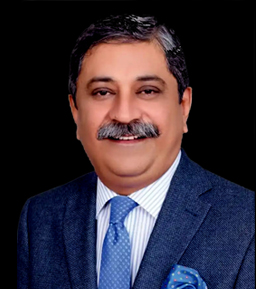