Mr. Muhammad Yaseen Younus is a member of the Institute of Chartered Accountants of Pakistan since June 2013. He began his career as a trainee with Grant Thornton Anjum Rahman (GTAR), Chartered Accountants from where he completed his chartered accountancy mandatory training period and later, he worked as Assistant Manager (AM) Internal Audit in GTAR.

Mr. Yaseen joined CDC in the year 2014 in the Trustee & Custodial Services Business of CDC and was supervising the Business Operations, Business System infrastructure as well as Compliance & Monitoring Function in the Department. Later, he assumed the role of implementing the Enterprise Risk Management framework across CDC.
Besides these responsibilities, he was involved in various projects such as launching of Private Funds, implementation of various modules in Fund Management System etc.

He attended several seminars and conferences including Annual International Institute for Securities Enforcement and Market Oversight organized by US Securities & Exchange Commission. 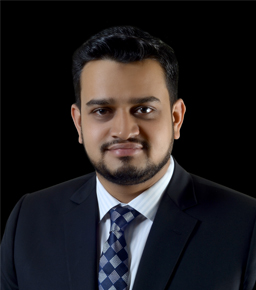