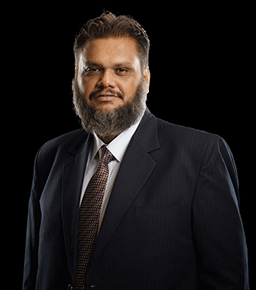 Head of Product Development and Marketing

In 2001, Mr. Naseem joined the Operations Department of Central Depository Company and served as a core member of the team which successfully launched National Clearing & Settlement System. Later at the Product Development department, he played a lead role in the launch of various important projects including the Automation of Securities Movement, Investment Portfolio Services (IPS), Direct Settlement Mechanism (DSM) and Centralized Information Sharing Solution for Insurance Industry (CISSII).

Currently, he is heading the Product Development and Marketing Department. Since 2013, he is playing an important role while the Company is launching products and services catering to market sectors other than just the Capital Market. He is also spearheading an extensive series of country-wide investor awareness seminars since 2013 onwards.

He has also represented CDC on various international forums such as Asia Pacific Central Securities Depository Group (ACG), and International Securities Services Association (ISSA) etc. For the term 2013-2016, he spearheaded the activities of the ACG Secretariat, contributing in policy making and strategic planning initiatives of the regional association.

Moreover, he represents ACG on the World Forum of CSDs (WFC) which is a global body of depositories. He recently chaired the Agenda Steering Committee of the WFC 2017 Conference. The Committee was responsible for drafting and finalizing the agenda of the conference and selecting speakers/panelists from all over the world. It had representation from depository associations of the Americas, Africa and Middle East, Europe, Asia and Eurasia.

Mr. Naseem represents the non-bank financial sector of the country on the Technical Committee and the respective sub-committee formed under National Financial Inclusion Strategy (NFIS). He is also a member of the Board of Studies of Undergraduate Programs of Institute of Business Management (IoBM).

He obtained his Bachelors and Masters in Business Administration (Majors in Marketing) from Hamdard University, Karachi in 1997 and 1998 respectively.