A delegation from The Consulate General of Germany visited the premises of the Central Depository Company of Pakistan. The delegation was headed by Dr. Tilo Klinner, Consul General and he was accompanied by Mr. Hans-Juergen Paschke, Consul & Deputy Head of Mission and Mr. Peter Lartz, Consul.

Mr. Muhammad Hanif Jakhura, CEO – CDC, welcomed the delegation and gave a detailed presentation to the attendees on the success story of CDC and its pivotal role in the development of Pakistan’s capital market.

Dr. Klinner commented upon the occasion by stating he was greatly impressed with efforts made by CDC and the important initiatives taken by them. Furthermore, he has requested a similar event to be planned in the future for the benefit of German Business delegation that plans to visit Pakistan later this year.

Mr. Hanif Jakhura stated that it was encouraging to see such participation from the diplomatic community as it creates the conducive environment for joint collaboration.

The first round-table meeting for the development of an Insurance Repository was held at CDC House on 22nd April, 2015 and was presided by the Chairman of the Securities and Exchange Commission of Pakistan (SECP), Mr. Zafar-ul-Haq Hijazi. The Commissioner of Insurance Division, SECP, Mr. Fida Hussain Samoo, CEO – Central Depository Company (CDC), Mr. Muhammad Hanif Jakhura along with the management of CDC and senior representatives of the Insurance sector also participated in the inaugural meeting.

SECP had formed an Insurance Industry Reforms Committee (IIRC) in 2012 which outlined the future roadmap for revolutionizing the Insurance Industry. In a meeting held with CDC, a solution was proposed for the development of an Insurance Repository whereby all policies will be held in an electronic form on a central server, allowing access to all stakeholders at any time. This initiative will introduce multiple operational efficiencies and greatly reduce the several risks that are currently inherent in the industry.

April 2014. A total of seven Life Insurance companies joined the endeavour and in a landmark achievement, State Life Insurance Corporation of Pakistan which is the country’s largest Insurance Company, formally joined CISSII in March 2015.

The round-table entailed several presentations from all pertinent stakeholders and there were deliberations on significant issues pertaining to the successful implementation of an Insurance Repository. This initiative would be yet another milestone achieved by CDC for the technological overhaul of the financial sector. 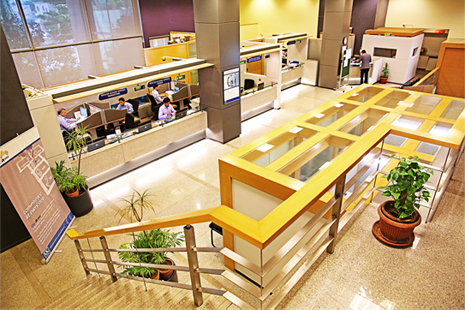 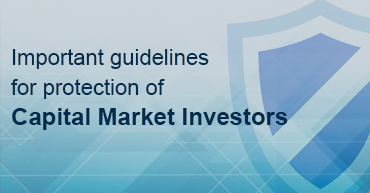 CDC’s role is not only limited to the development of Capital Market but also extends to keeping it stable. In order to achieve his much desired stability in the market, investors’ protection must be ensured through continuous automation, risk management and innovation. Keeping this in mind, CDC recently came up with another solution, which we believe, will enhance the Capital Market experience by providing paramount investor protection. ‘Direct Settlement Service (DSS)’ was launched in April 2015.

Traditionally, it was mandatory for investors to open a Sub Account with CDC which was opened under the Participant umbrella of a Broker. All the operations including settlement of investor trades (cash and securities) were handled by the Broker. While an alternate account with CDC i.e. IAS account was used for keeping the securities for custody purposes only.

After subscribing to DSS, CDC will take over the responsibility of settling investor trades (cash and securities) through IAS Account. Securities will be moved in and out of IAS account in case of buying/selling transactions. By introducing this web-based service, CDC has offered the most secure way to trade in the Stock Market with utmost level of control.

To be a world-class institution providing innovative and reliable services primarily to the capital and financial markets, stimulating business growth and maximizing benefits for all stakeholders.